I've been trying to get to Chicago from San Antonio and have changed my route several times. Good thing I gave myself 2 weeks to get there. 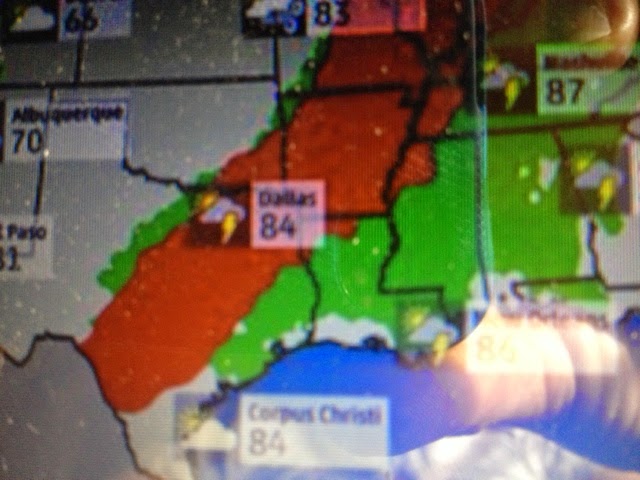 Remind me to not travel in the Midwest in the spring. Oh ya, its is the 3rd time I've done this :).

I attempted to leave San Antonio on Wed, May 13th, stopped for gas and groceries, then received an alert on my phone of a tornado watch before I reached the highway.

Thursday morning I headed to the Escapees Rainbow Park in Livingston, just a few sprinkles and good travel, except for going through/around Houston. I stayed in the wooded area of the park for 2 nights.

My original route was to stop at several state parks in TX, AR and IL. The parks in TX along the route had flooding or electrical problems due to storm damage.

The state and national parks usually post "alerts" on their websites. This is a great help with planning.

Next stop, Shreveport KOA (Tall Pines RV) - a port in the storm - pretty trees - but not my style of campground. I have a small RV and prefer an actual campground, I don't need easy pull through rows of sites.

Weather reports indicated tornadoes, floods and storms on my north easterly route, so I needed to stay south and took I-20 East. 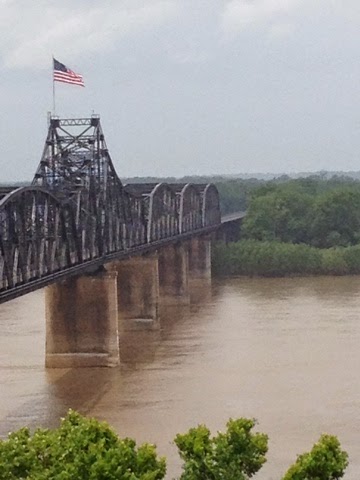 Weather was pretty good, some sprinkles and wind and about 10 minutes of heavy rain east of Vicksburg. And a lightning strike very close to the RV while I was on I-20 between Vicksburg and Pelahatchie.  The right outside mirror and the windshield lit up with a purple glow and there was a chemical smell, that I later read was ozone. I thought I smelled propane and for a few seconds was concerned that the RV was actually hit by lightning. Later that day, I was not able to turn the valve for the propane tank, like it was soldered shut.  I am the one that opens and closes it, so it should have not been too tight.

After that event, I landed at Jellystone on the Lake in Pelahatchie, MS. Its a beautiful campground and not crowded yet. I probably would not camp here in peak season when it is full, but it is quiet and peaceful this week. 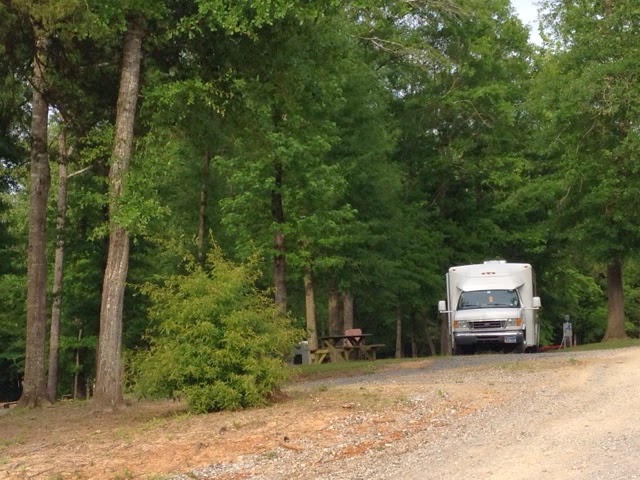 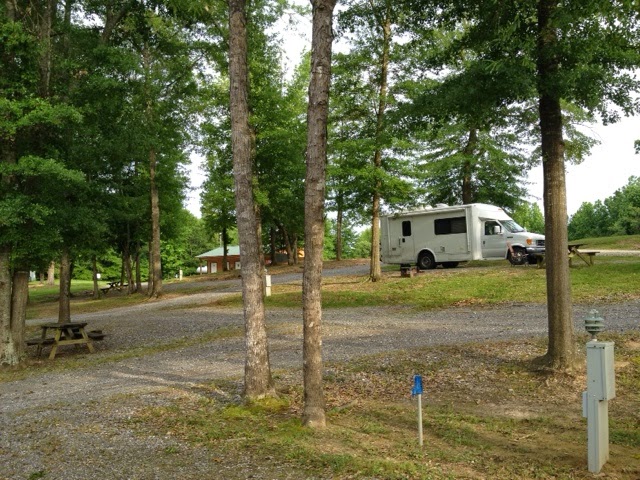 Two days later, on my way North, I stopped at Camping World near Memphis and the tech could not turn the propane valve, either.  He ended up using a wrench, then filled the tank and I had no other problems, so it is still a mystery of how close I was to the lightning.

Next up - North on I-55.  I would prefer to drive along the Natchez Trace Parkway but there are currently thunderstorm and flash flood warnings. I don't want to get stuck on a flooded country road. I'll have to come back to the parkway in the fall. 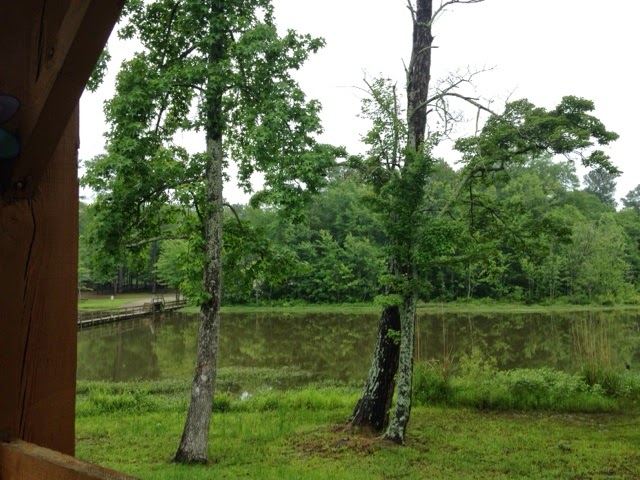