I have access to internet at my RV again for a little while. I have been stubborn and refuse to pay a lot per month to use the internet. I can do most internet related tasks using the unlimited data plan on my Sprint iPhone, except use it as a hotspot. I do not want to drag my big laptop around to use it in places with free wi-fi, so have been doing without.
I have heard that Sprint recently announced that we can tether our phones to another device for a limited amount of data per month. I need to call and see if my plan allows this now.
So time will tell how I keep up with the blog. I can write short posts using the Blogger app on my iPhone, but its a pain for longer posts.
I've been having problems with my 12V system for a few years now. The problems would come and go. Suddenly things would get dim and then I would have no lights and no power to the control panel. So no A/C even though I was plugged in at the RV park.
In August when a mobile tech looked over things, he disconnected the converter,  so that everything ran off 110, for one day until he installed the new batteries.
At an authorized Winnebago service center I was told to just keep playing with the battery disconnect switch near the door.
I've also stopped to have things checked out at a few more repair places and they basically told me everything was ok.
A few days ago my lights appeared dim.
I shut off anything that worked off 12V. It seemed to get a little better. And, yes, I pressed the disconnect switch a few times. Luckily I have a small plug-in desk lamp, so I wasn't totally in the dark.
On Wednesday evening, no lights, no control panel and the light on the LP detector was red - indicating low voltage. I had new house batteries installed in August - they couldn't be the problem.
A mobile tech came out Thursday and switched out the original converter. The new one is different, but fits in the same space. He did have to modify the way he attached the cover because the screw holes for the cover were a part of the original converter.
The new converter is a WFCO Ultra III, model WF-9800. I hope this solves the problems. 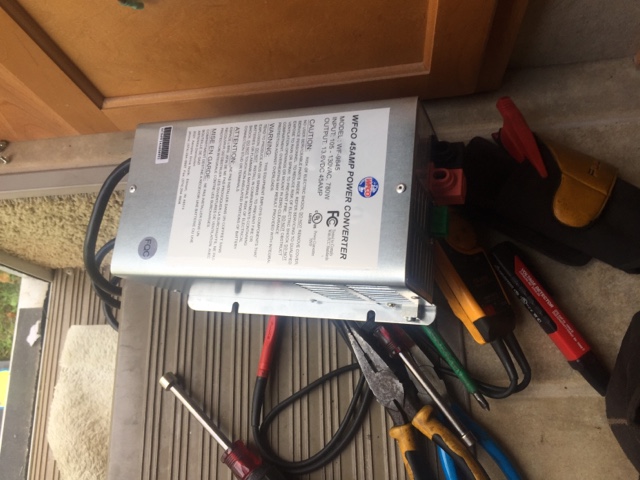 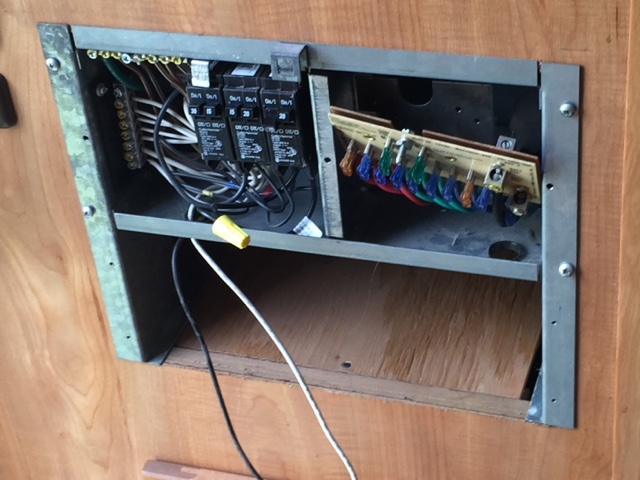 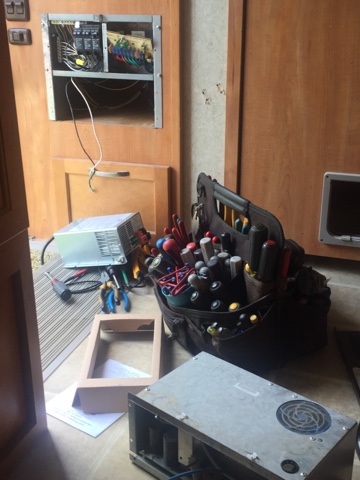 Work space near the side door 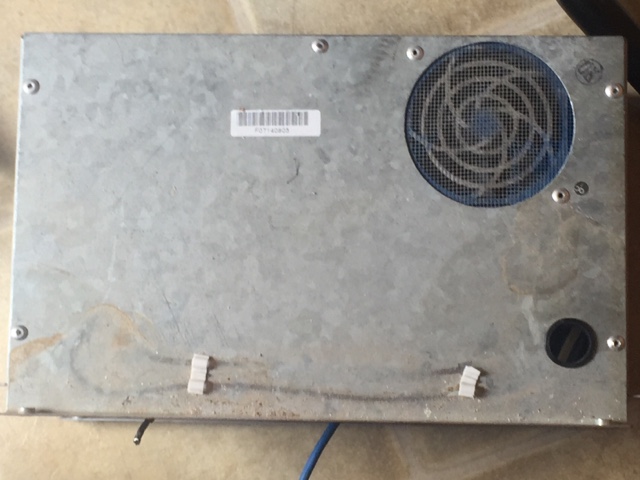 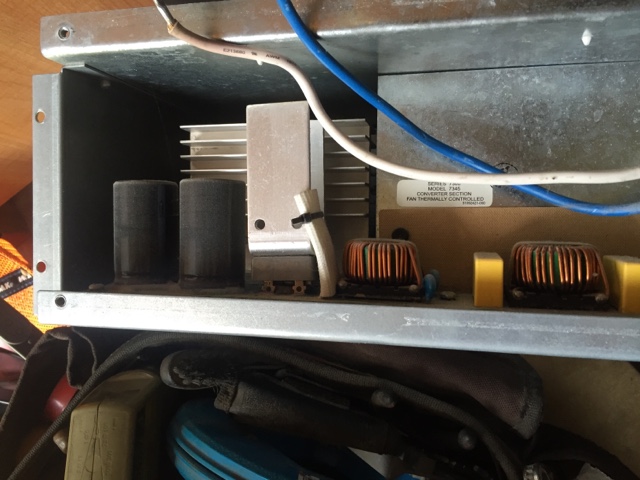 Inside of old converter 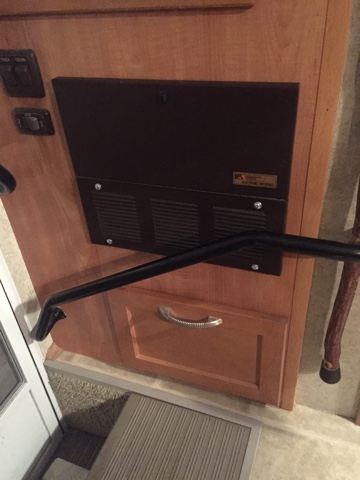