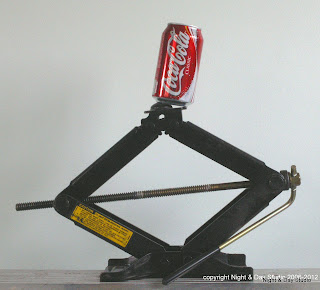 
In the United States, the Stepan Company is the only manufacturing plant authorized by the Federal Government to import and process the coca plant, which it obtains mainly from Peru and, to a lesser extent, Bolivia. Besides producing the coca flavoring agent for Coca-Cola, the Stepan Company extracts cocaine from the coca leaves, which it sells to Mallinckrodt, a St. Louis, Missouri, pharmaceutical manufacturer that is the only company in the United States licensed to purify cocaine for medicinal use.

(If you do not drink Coca-Cola on a regular basis, it is still a good headache medicine)

Jack Daniels' signature whiskey is the Old No. 7 brand. There were not 6 previous incarnations, and the secret of the 7's real meaning died with the original Mr. Jack Daniels.

Moore County, Tennessee, where Jack is distilled, is still a dry county. However, the distillery is exempt from the law and sells Gentlemen Jack in its gift shop.