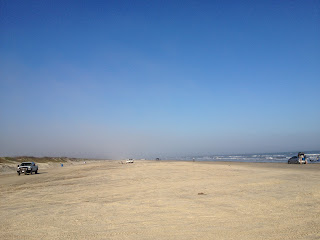 fog on the beach

When I purchased my motor home in April and they walked through it with me, they turned on the generator and I heard it turnover.  About 6 weeks later when I was visiting my daughter in Texas, I turned it on and it did not work.


When I returned home, I felt like I did not have time to take it anywhere to be fixed and I really didn't need it, so I waited.


On Thursday, I had an appointment at the Camping World in Texas near San Antonio.  At first, they were not sure what was wrong, they thought it may be the starter.  They needed to pull the generator out to work on it.  After several hours of labor charges they determined that the ground wire needed to be replaced.


My extended warranty company is Cornerstone, I purchased the warranty through Lazy Days RV Center.  They covered the entire repair except for "shop supplies" (less my deductible).  Camping World had no problems with the claim, they called and were told what to fax over and the warranty company approved all charges.


I stayed 2 nights in the Camping World service lot (along with several others) with an electric hookup.  When I made my appointment, it was for 8am, so they asked if I wanted to stay Wednesday night. I also stayed Thursday because when they finished it was later in the day than I like to travel. 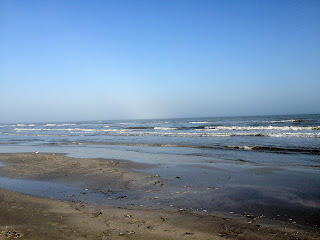 Friday morning was a great driving day, sunshine and no wind.  I stopped in a few small towns on my way to the Gulf Coast for groceries and to mail a few items. I am going to be exploring the areas around Corpus Christi, Mustang Island and Padre Island.
Posted by Teri at 7:02 PM