The rain clouds forming
above one another
on the horizons
of the four directions
having pity for our lives
quench our fields' thirst
tomorrow our children shall live.

Within a short walking distance, you can see several excavated sites. This open pueblo is unlike the cliff dwellings most people associate with Mesa Verde. 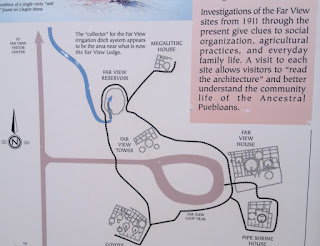 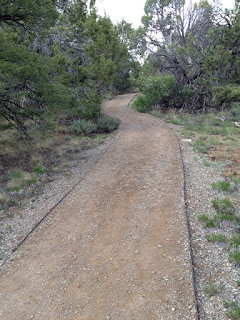 The path to the Tower, Reservoir and
Megalithic House.


Nearly 50 villages have been identified within a half square mile area.
The attraction may have been the greater moisture received
at this higher elevation of about 7,700 feet.
Corn requires 78 frost-free days to mature.
The mesa top has an average of 85 frost-free days each year.

Far View House commands a stunning view of the countryside, including the canyons of Mesa Verde, Ute Mountain, the LaPlata Mountains, Shiprock, and other Four Corners features. 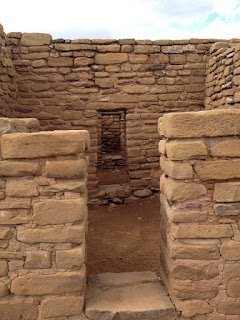 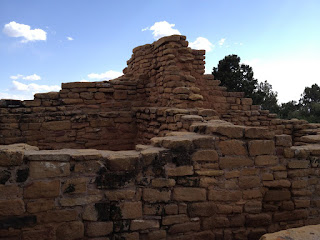 "The family, the dwelling house and the field are inseparable, because the woman is the heart of these, and they rest with her.  Among us the family traces its kin from the mother, hence all its possessions are hers.  The man builds the house but the woman is the owner, because she repairs and preserves it; the man cultivates the field, but he renders its harvest into the
woman's keeping."

Morefield Reservoir/Mummy Lake
In September 2004, the reservoir was designated as a National Historic Civil Engineering Landmark.  This water management system is one of the oldest engineered public works in the United States. 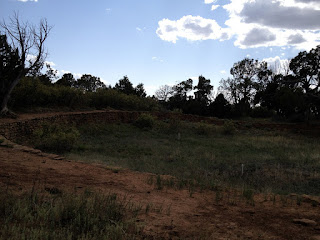 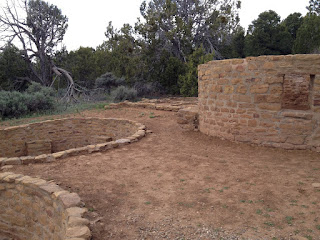 Nearly 60 round towers have been found
at Mesa Verde, and some are connected
to Kivas by tunnels.
What function might they have served? 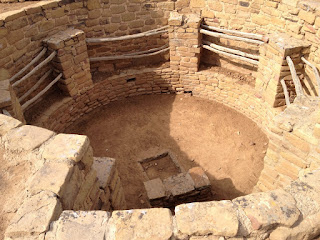 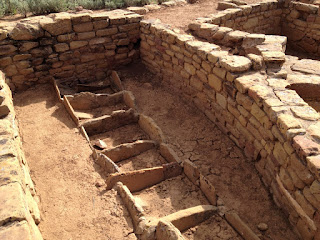 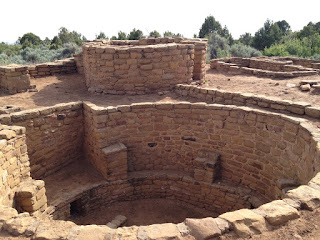 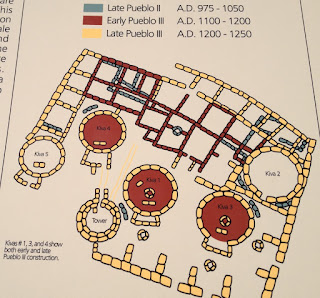 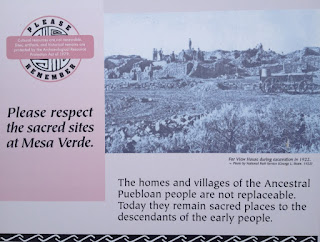 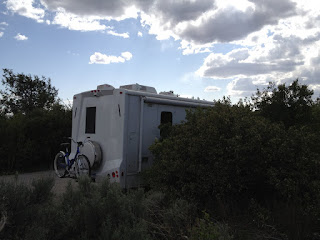 There are not a lot of parking spaces at this location.  RV's have to park in the dirt next to the road around the circular driveway. The first time I pulled into the site I left because there were several RV's already there, I came back about a 1/2 hour later and was able to pull in very close to the shrubs.
Posted by Teri at 12:20 PM