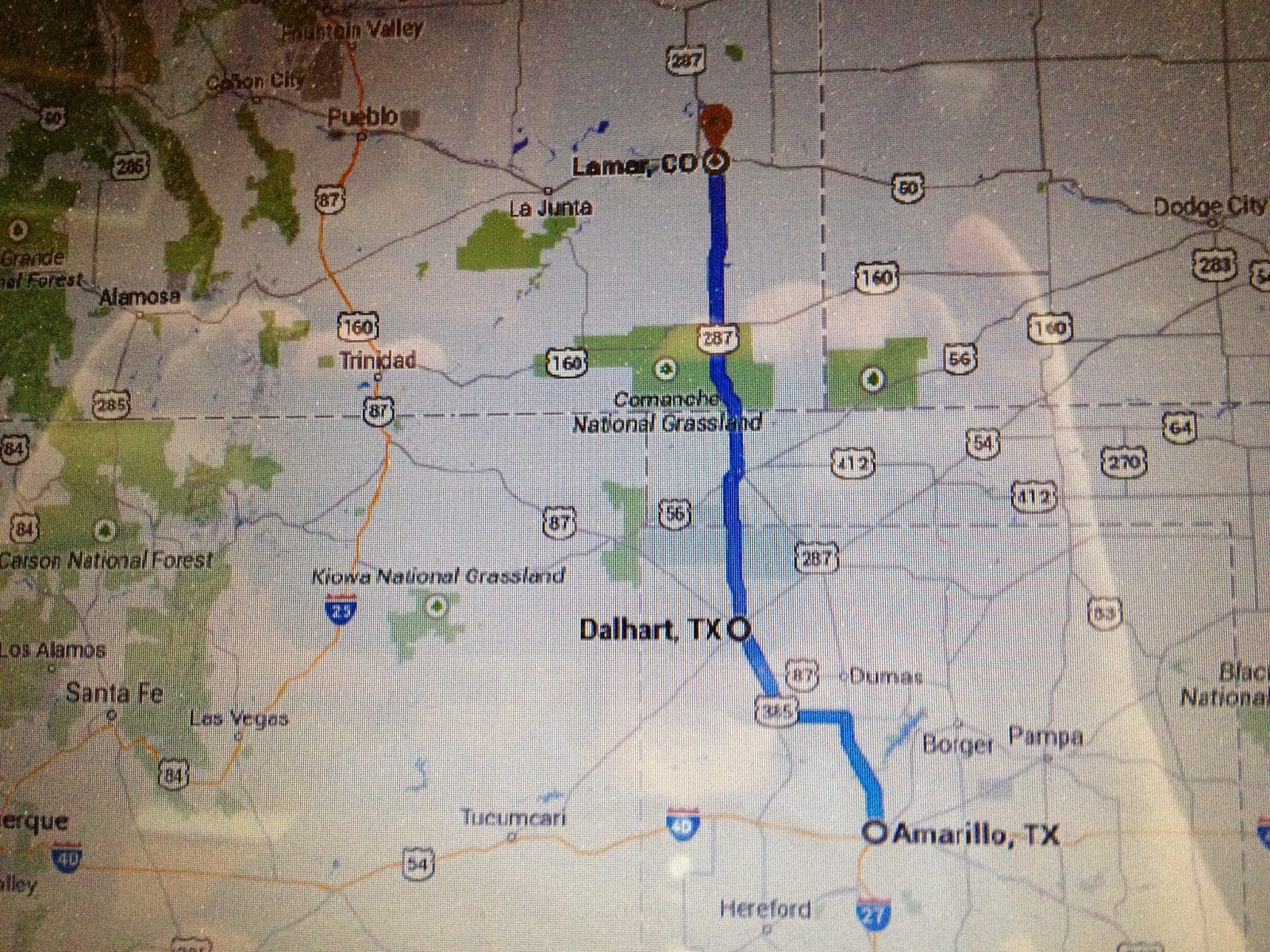 It was an early start again on Wednesday. I left the RV park at 7am. High winds were predicted to start at 11am.

From the weather report in Amarillo:
Blowing dust advisory until 10 pm.  Southwest winds of 35 to 39 mph with higher gusts are expected across the Oklahoma and Texas panhandle. The wind will start around 11 am CDT. Sustained winds of 35 mph are expected, blowing dust could restrict visibility.

Luckily, I had a tail wind today, I felt the wind a few times when the road turned E-W for a short time, but I was heading straight north to Colorado, and did not have any problems. 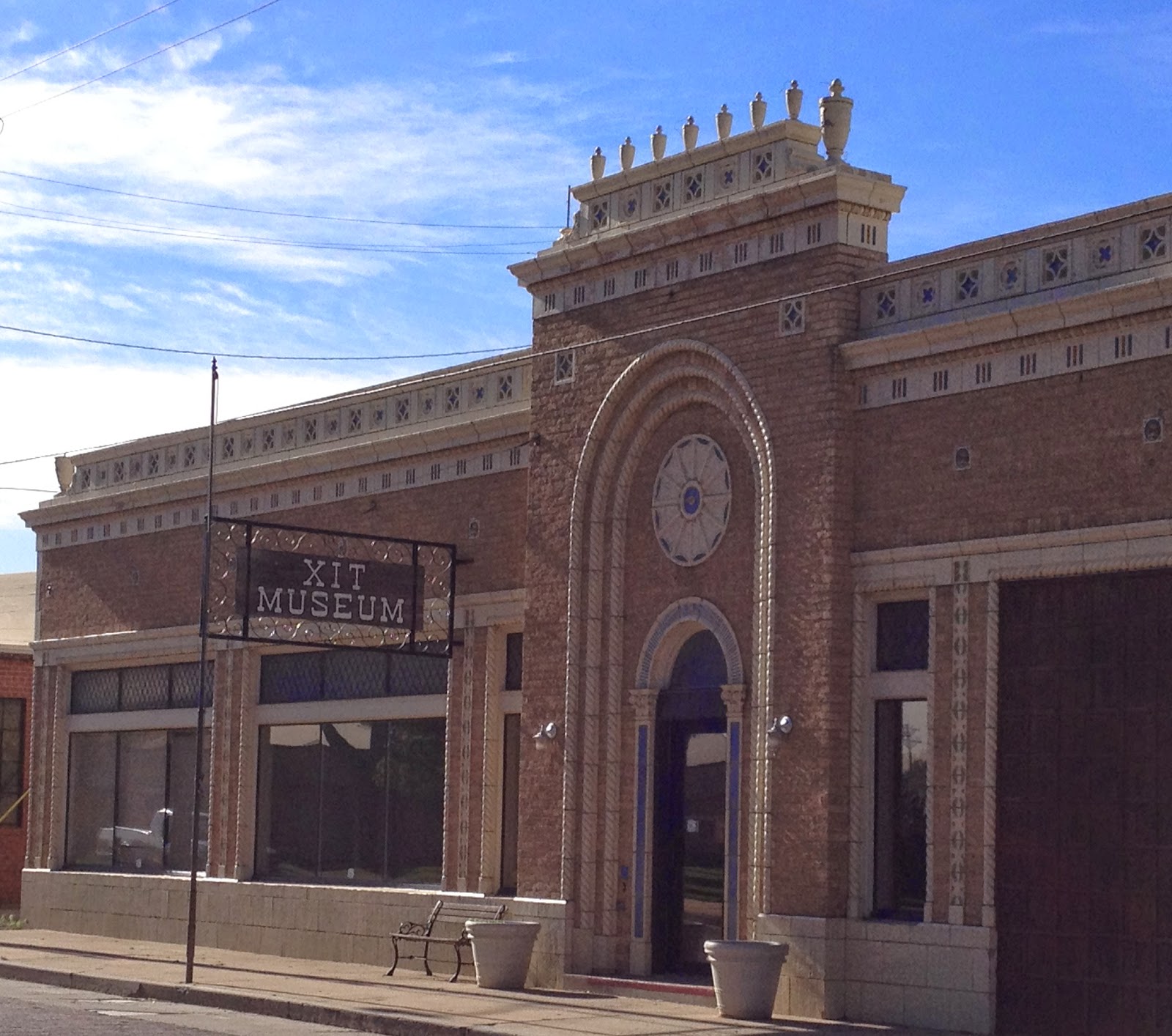 I stopped at the XIT Museum in Dalhart, TX. They did not open until 9am, I arrived early and had to wait so I did not spend a lot of time in the museum. Admission is free, but they ask for donations. I would stop by this town again if going in that direction. I found out that you can dry camp in the church parking lot, just down the street from the museum or at the Senior Center a few blocks away. 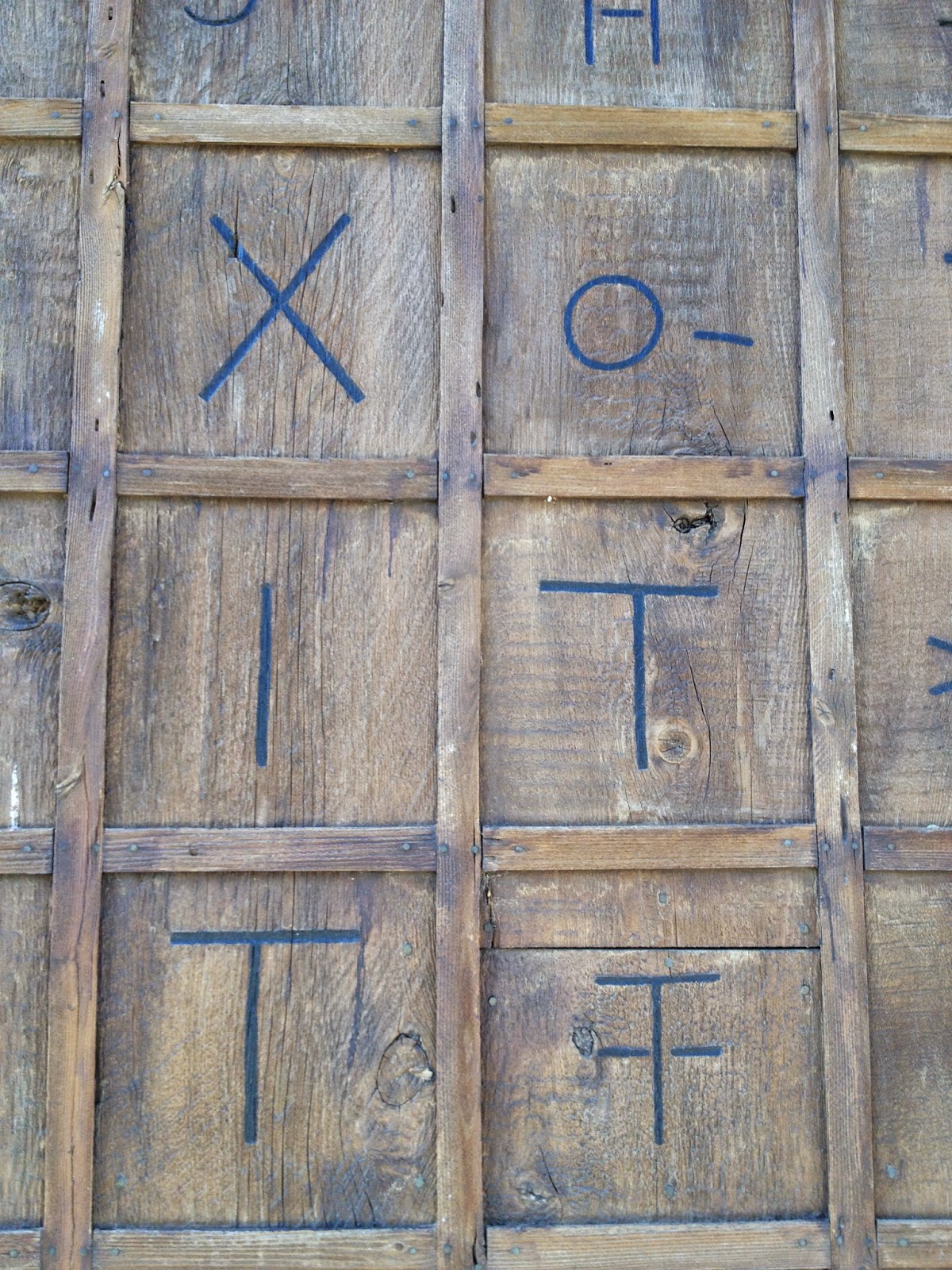 The XIT ranch in the 1880's was the largest range in the world under fence, and it all laid in the Texas Panhandle. Its three million acres sprawled from the old Yellow House headquarters, near what is now Lubbock, Texas northward to the Oklahoma Panhandle, in an irregular strip that was roughly 30 miles wide.

In 1881, the State of Texas struck a bargain with Charles B and John V Farwell, brothers in Chicago, under which the brothers agreed to build the $3,000,000 pink granite state capitol in Austin and accept the 3,000,000 acres in payment.  In 1895 the first cattle, long of leg and long of horn, rolled onto the XIT. The XIT brand was originated to thwart rustlers as it was hard to alter.

There is a lot of interesting information about this huge operation at the museum and on the website. 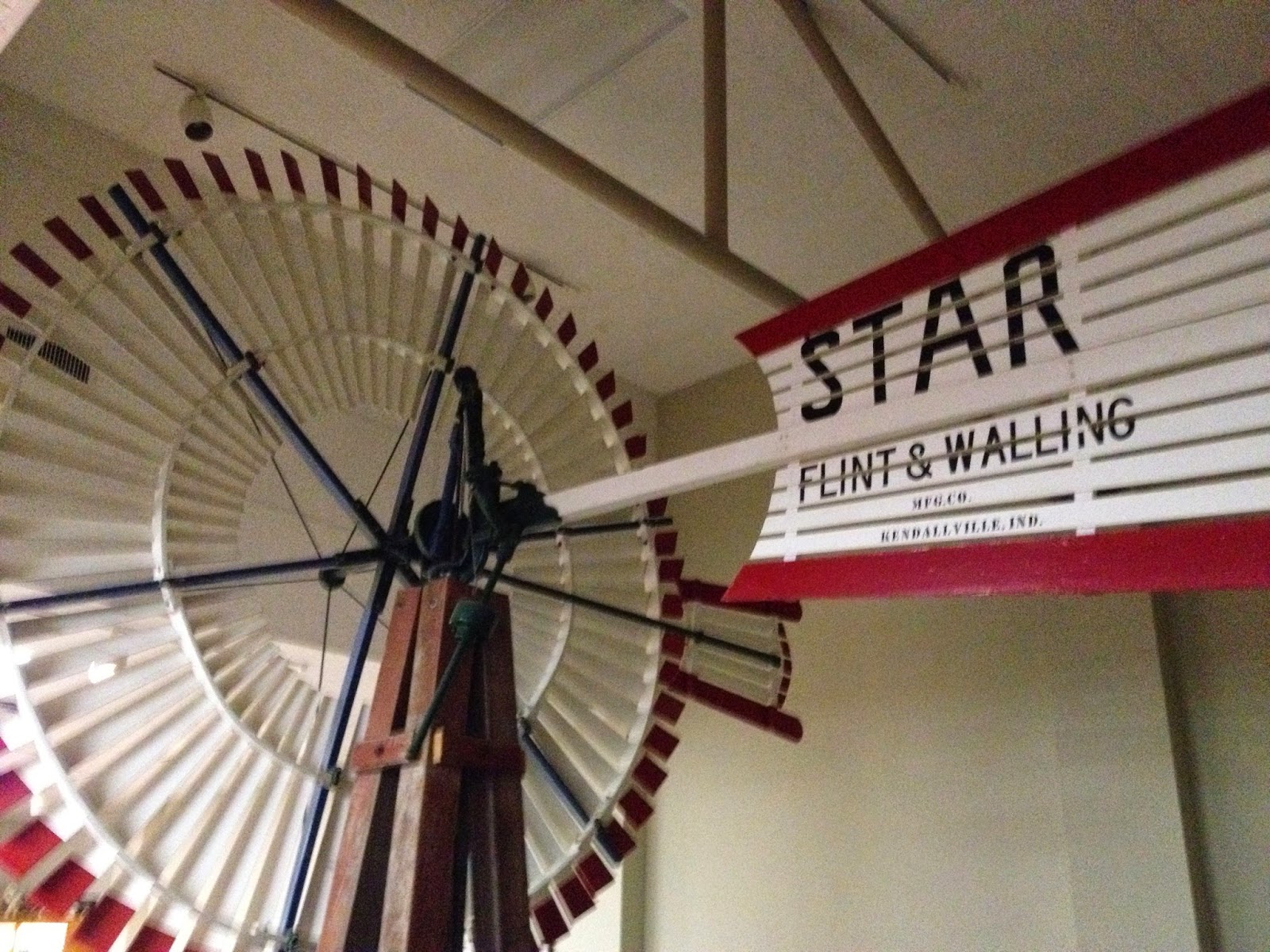 Providing water for 150,000 cattle on 3,000,000 acres proved challenging, especially during the first years of the operation of the XIT Ranch.  The Canadian River - the only major source of water that crosses the Texas Panhandle - passed through the center of the ranch and a few springs provided some water.  During rainy years, playa lakes furnished water on part of the ranch.  Eventually, more than 300 wells and windmills supplied most of the water consumed by livestock as well as humans on the XIT.


After leaving the museum, I only stopped a few times to take pictures at roadside stops. I noticed on my maps that I would be traveling through the Rita Blanca National Grassland and Comanche National Grassland. At an intersection in the town of Campos there are signs pointing east to go to a prairie chicken viewing area or west to go to the Picture Canyon.  I knew these would not be short detours. I decided it was best to do some research, find some camping places nearby and stop at these places on a different time through this area. 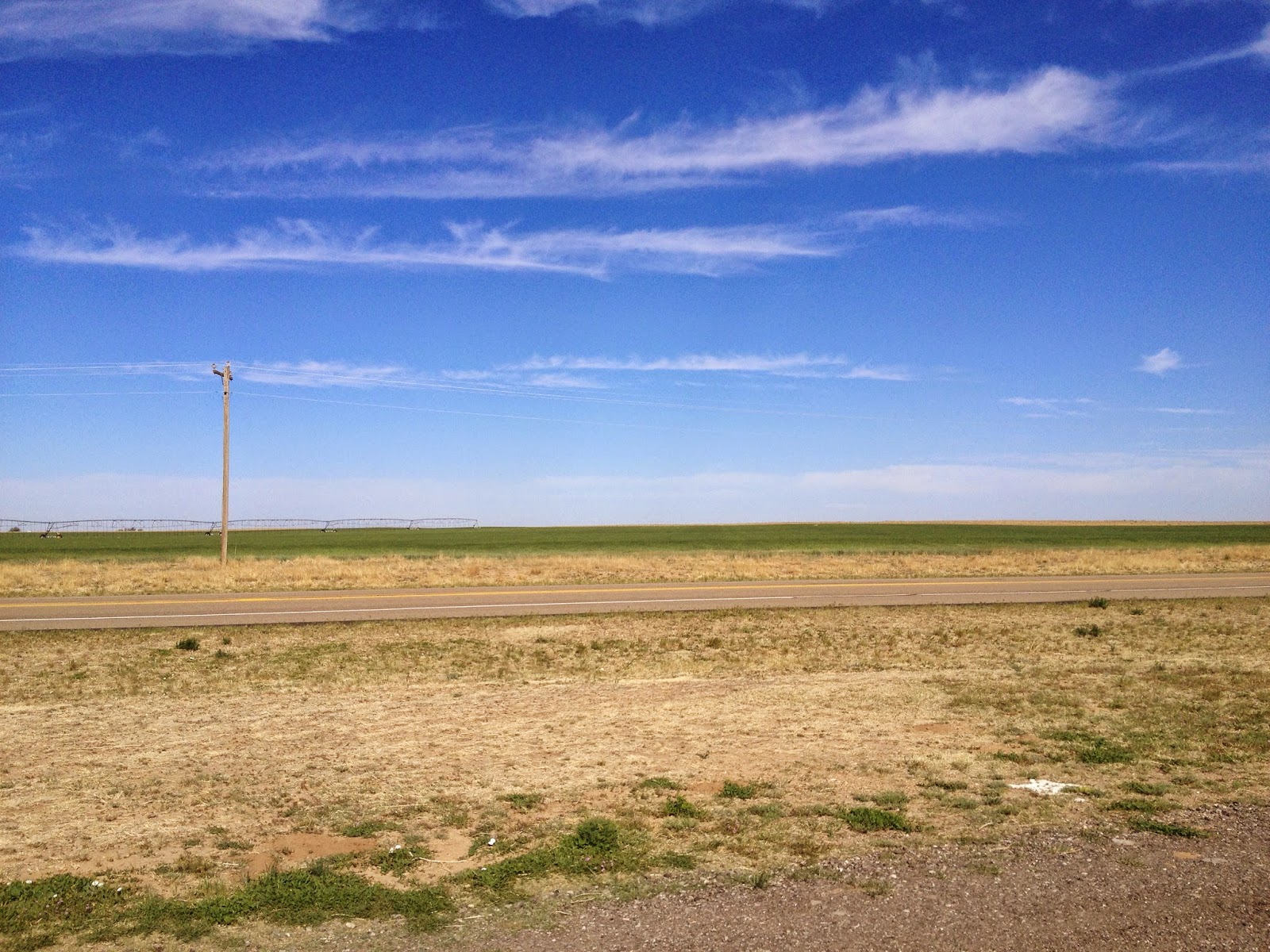 I ended the day in Lamar, CO - went to the Visitors Center at the train depot - checked out a used bookstore and had lunch in a coffee shop. 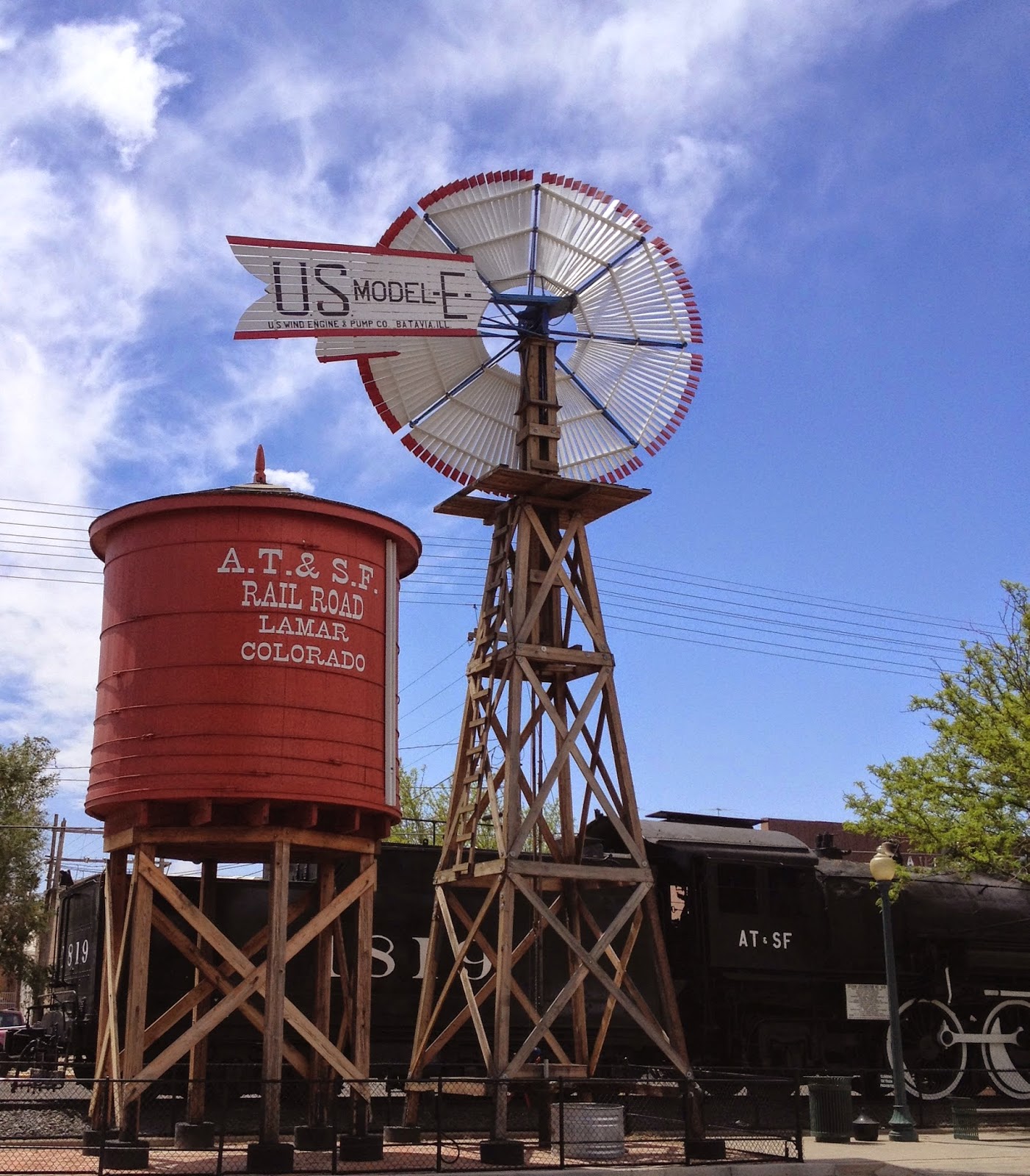 Checked into the Country Acres (Passport America) Motel & RV Park. The park is very well taken care of and landscaped nicely, the sites are gravel and set up kind of strange, pull through, but more like parallel parking. The wind started to get really strong about 1/2 hour after I arrived, so I moved to a site that would be sheltered by the building.