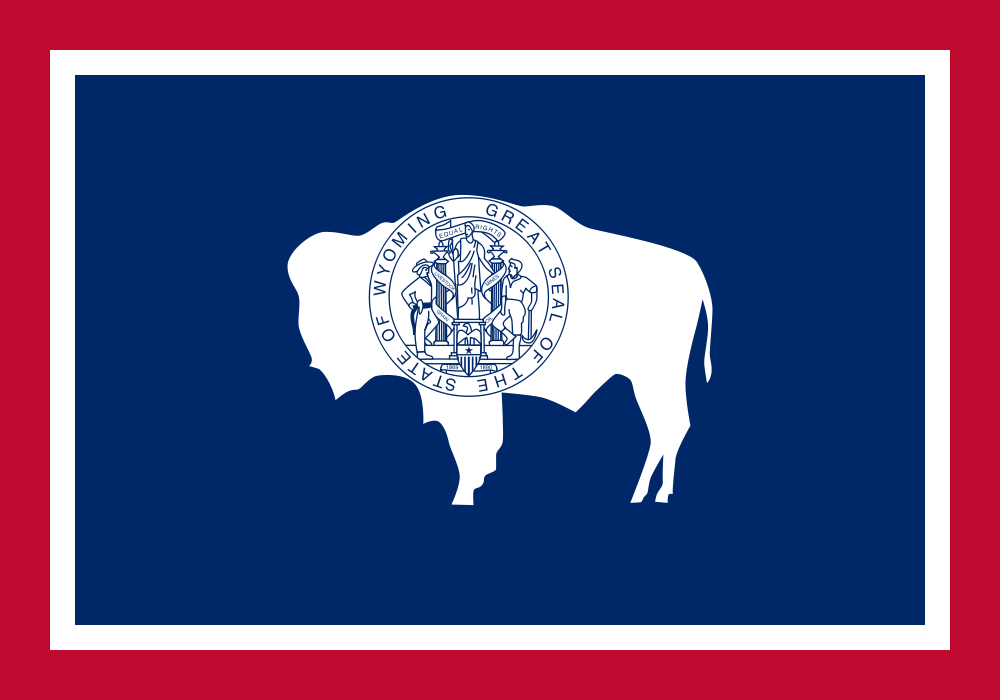 Well, I've finally made it into Wyoming and will check into my job on Wednesday,
just 3 1/2 more hours of driving until I reach Cody.

I-25 North from Fort Collins, CO to Cheyenne, WY is a very busy highway, after Cheyenne there is not much traffic and a lot of open space.  I stopped at rest stops to take some pictures of the mountains but did not stop in any towns along the way. I don't like to take pictures while driving, I passed a lot of interesting sites along the way with nowhere to pull over. 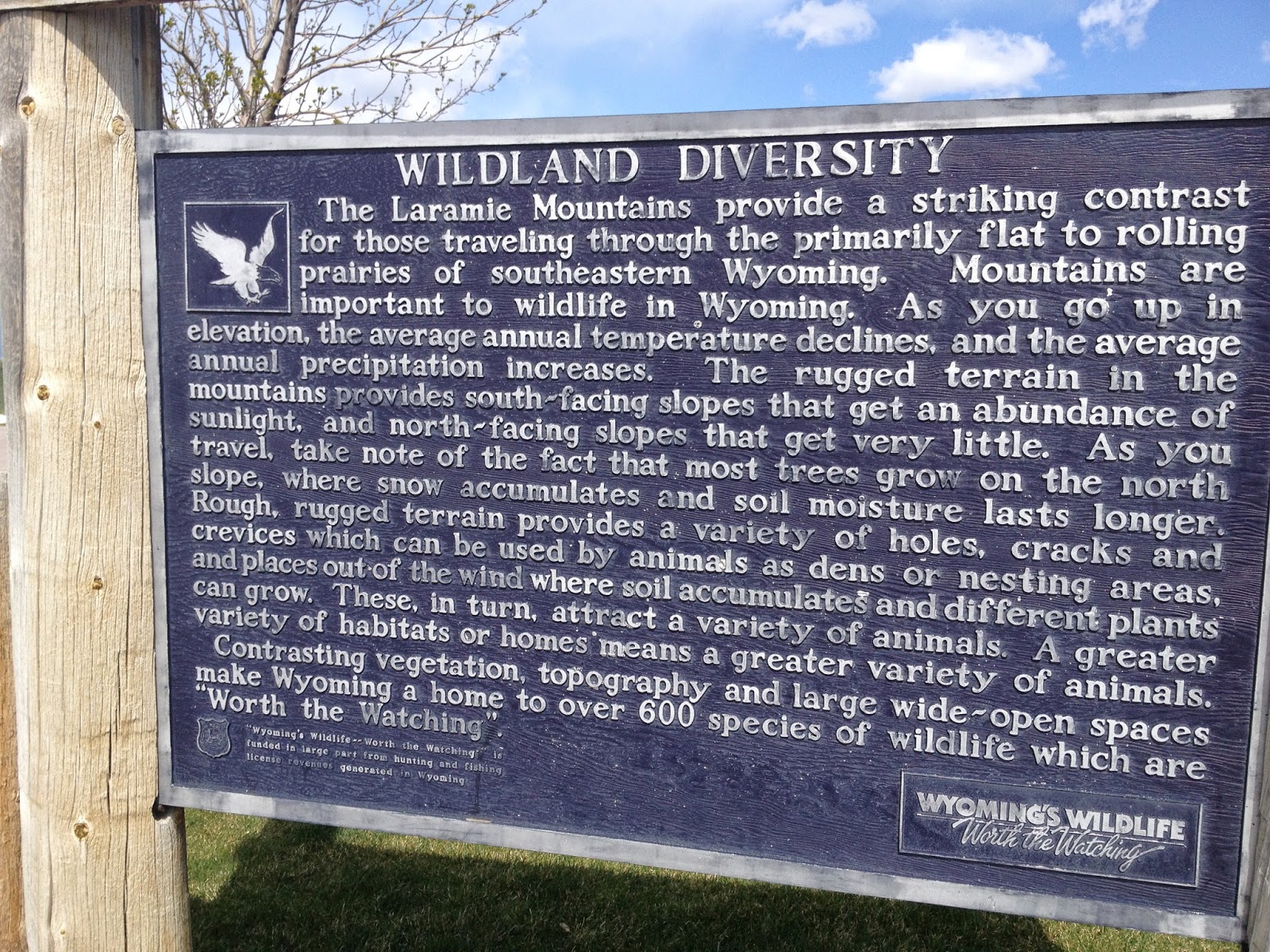 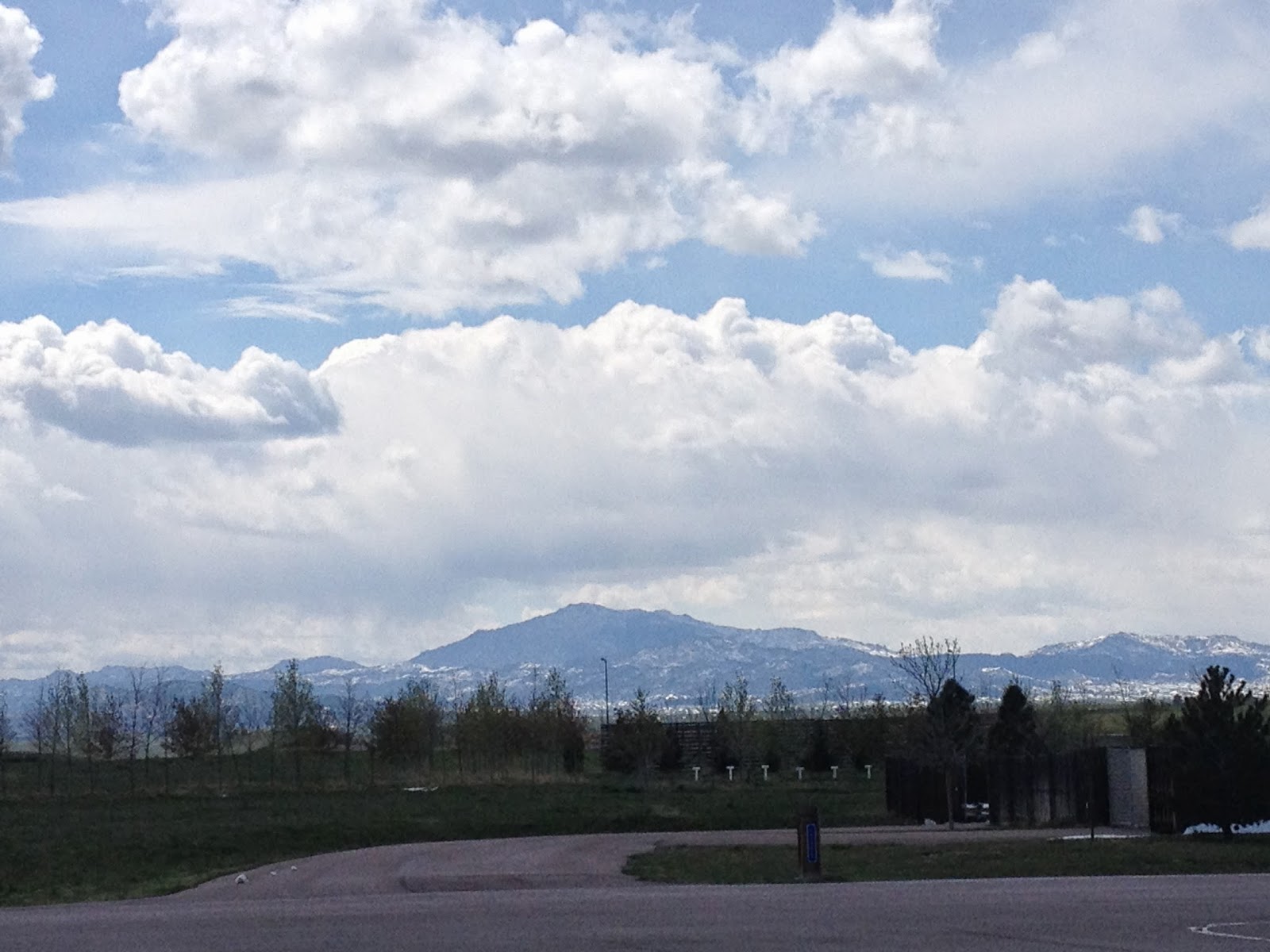 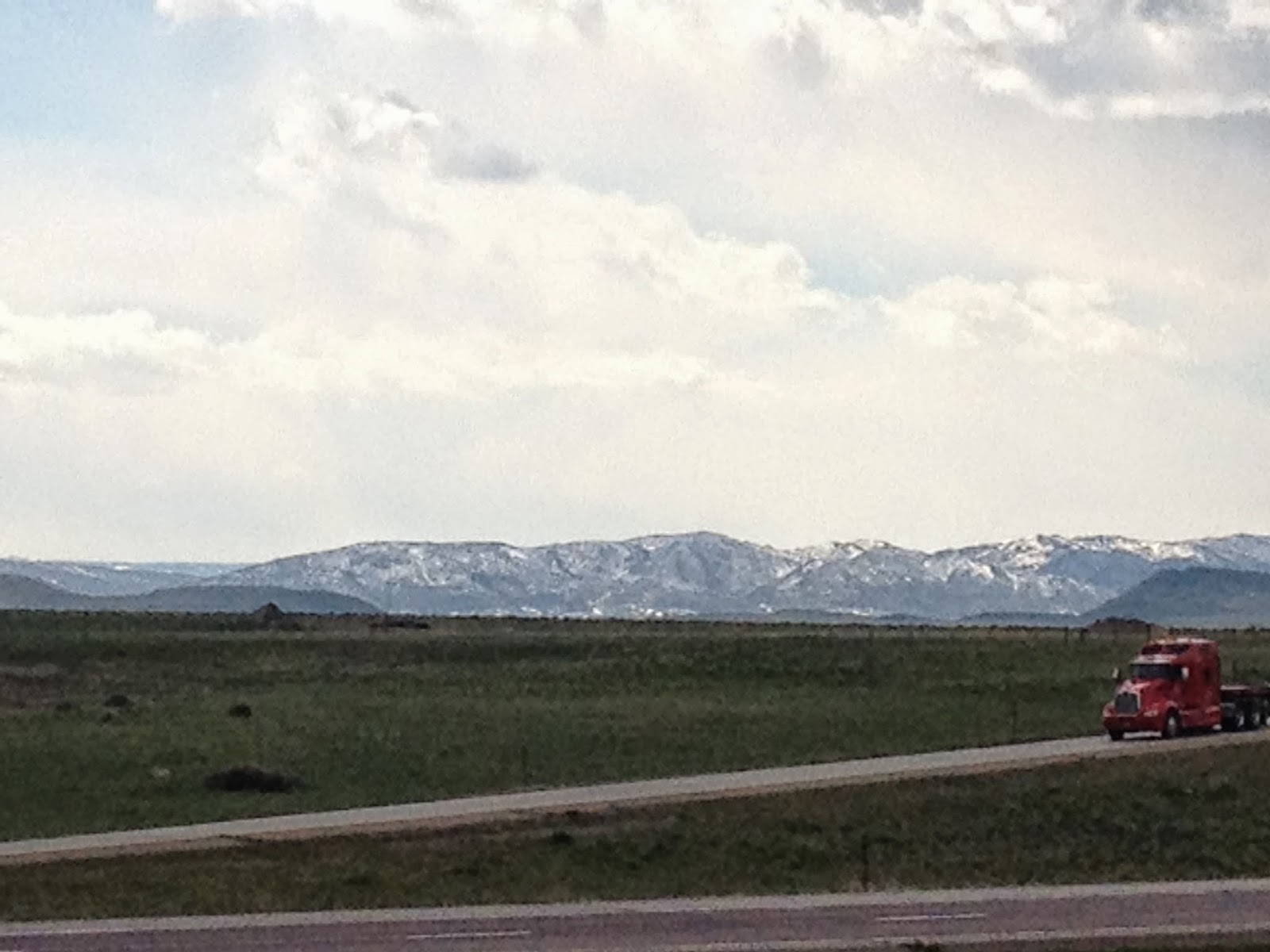 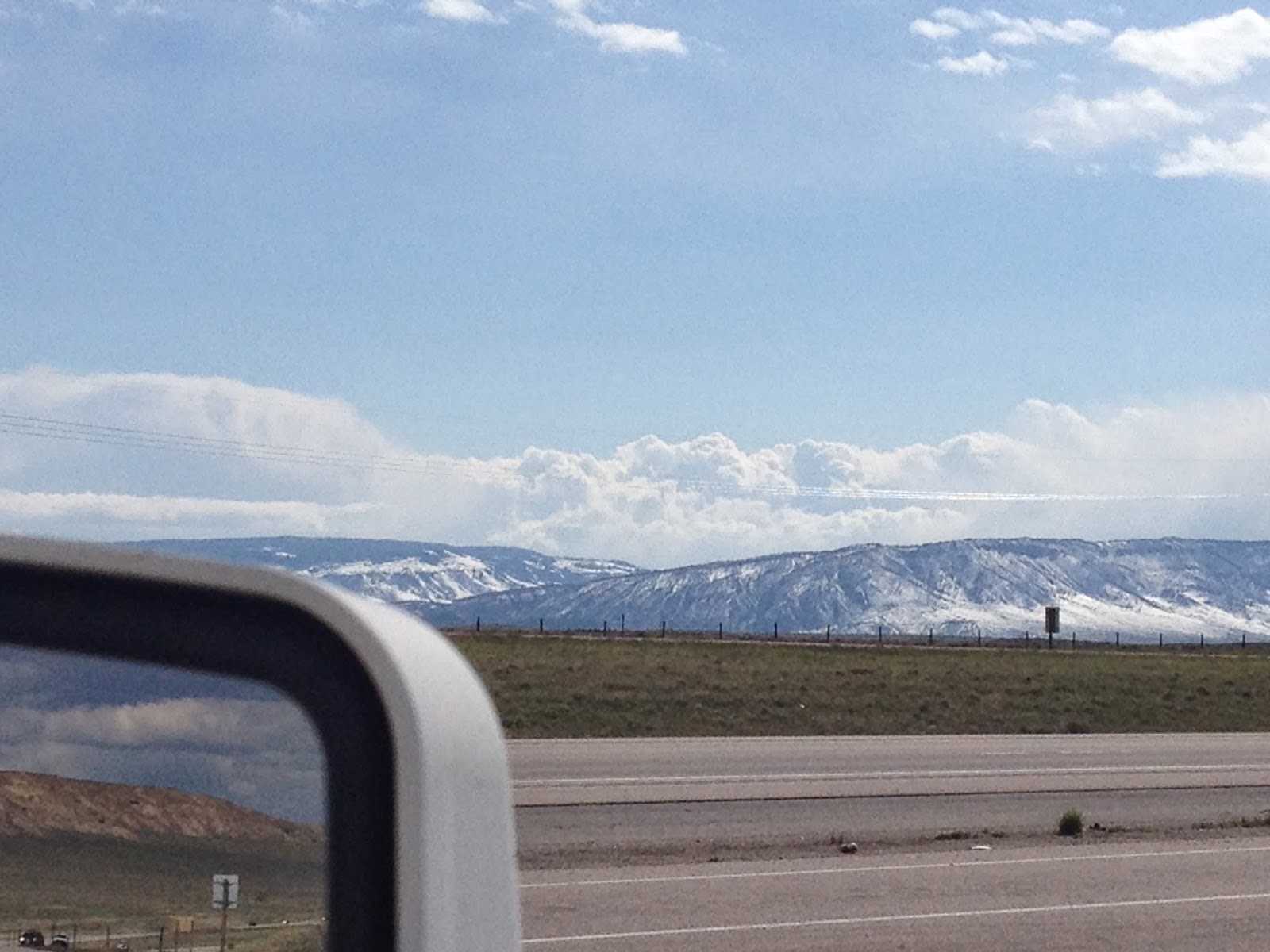 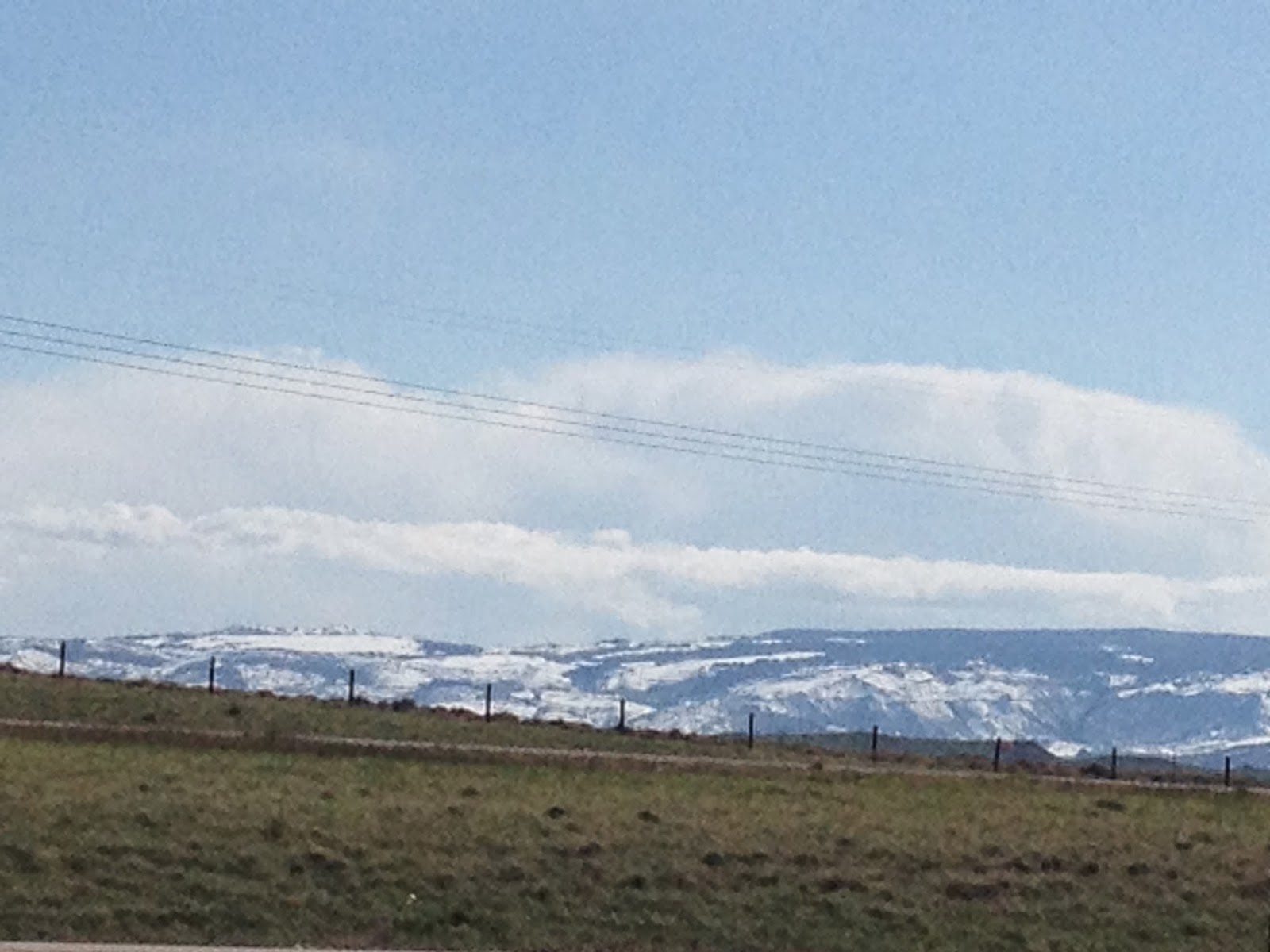 Tuesday night, I stayed at Fort Caspar Campground in Casper, WY (different spelling for the Fort). I did not arrive early enough to visit the Fort Caspar Museum, which is about 2 blocks from the campground.

Here are a few pictures from the campground.  It is a Passport America park with a lot of full time residents, the park is kept up and clean but not the prettiest park I have stayed at. I did walk along the river trail after getting set up. 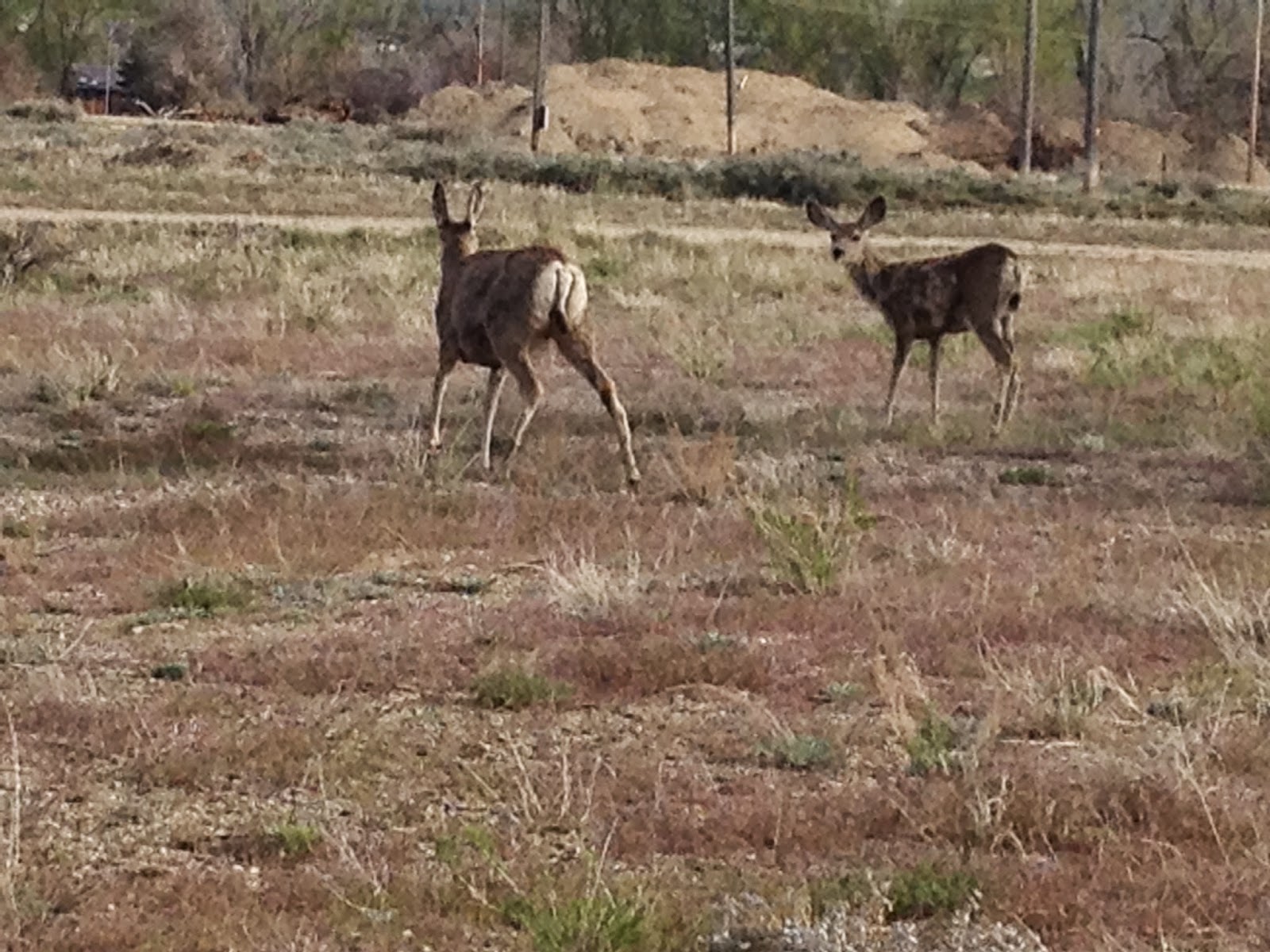 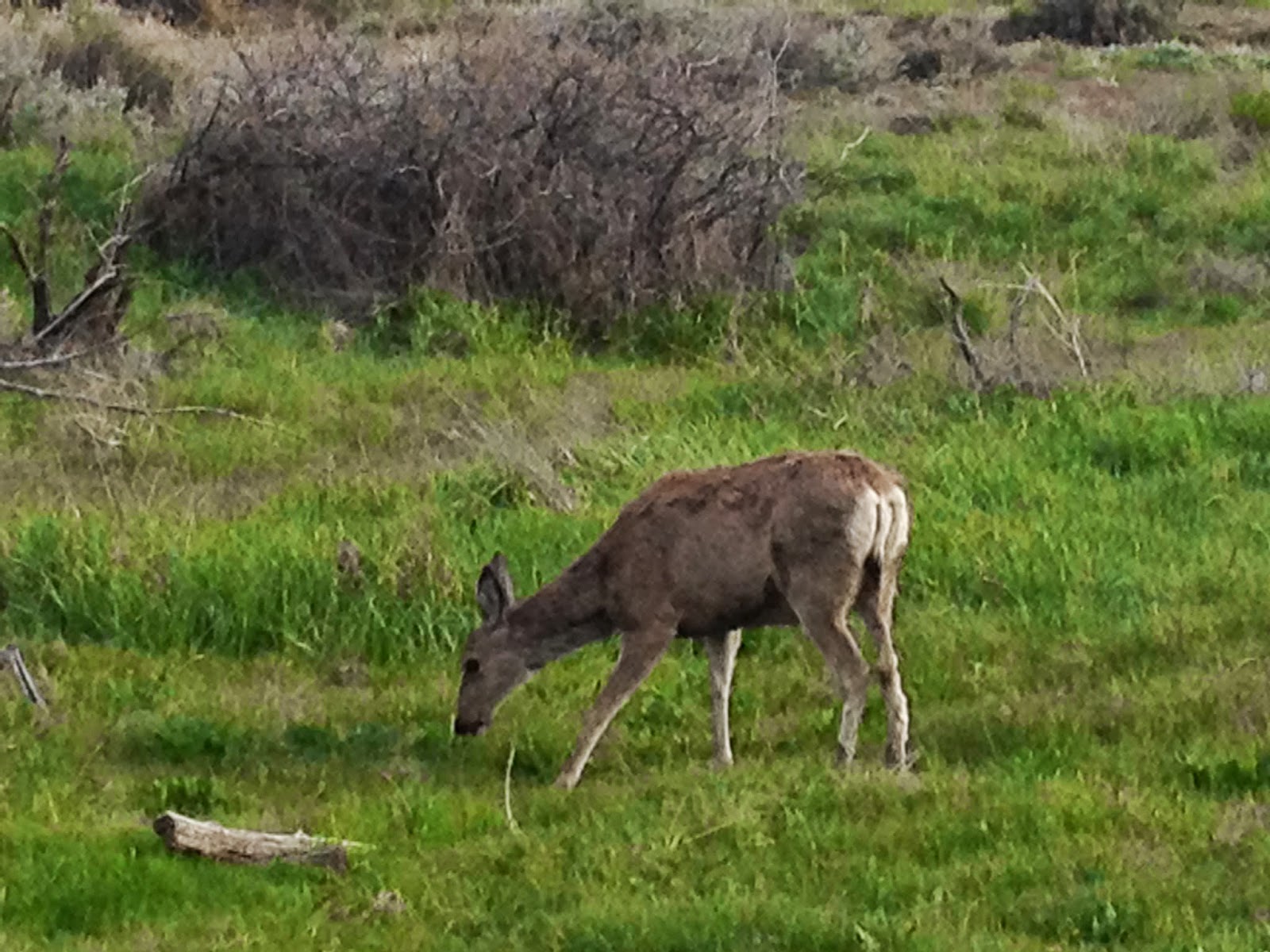 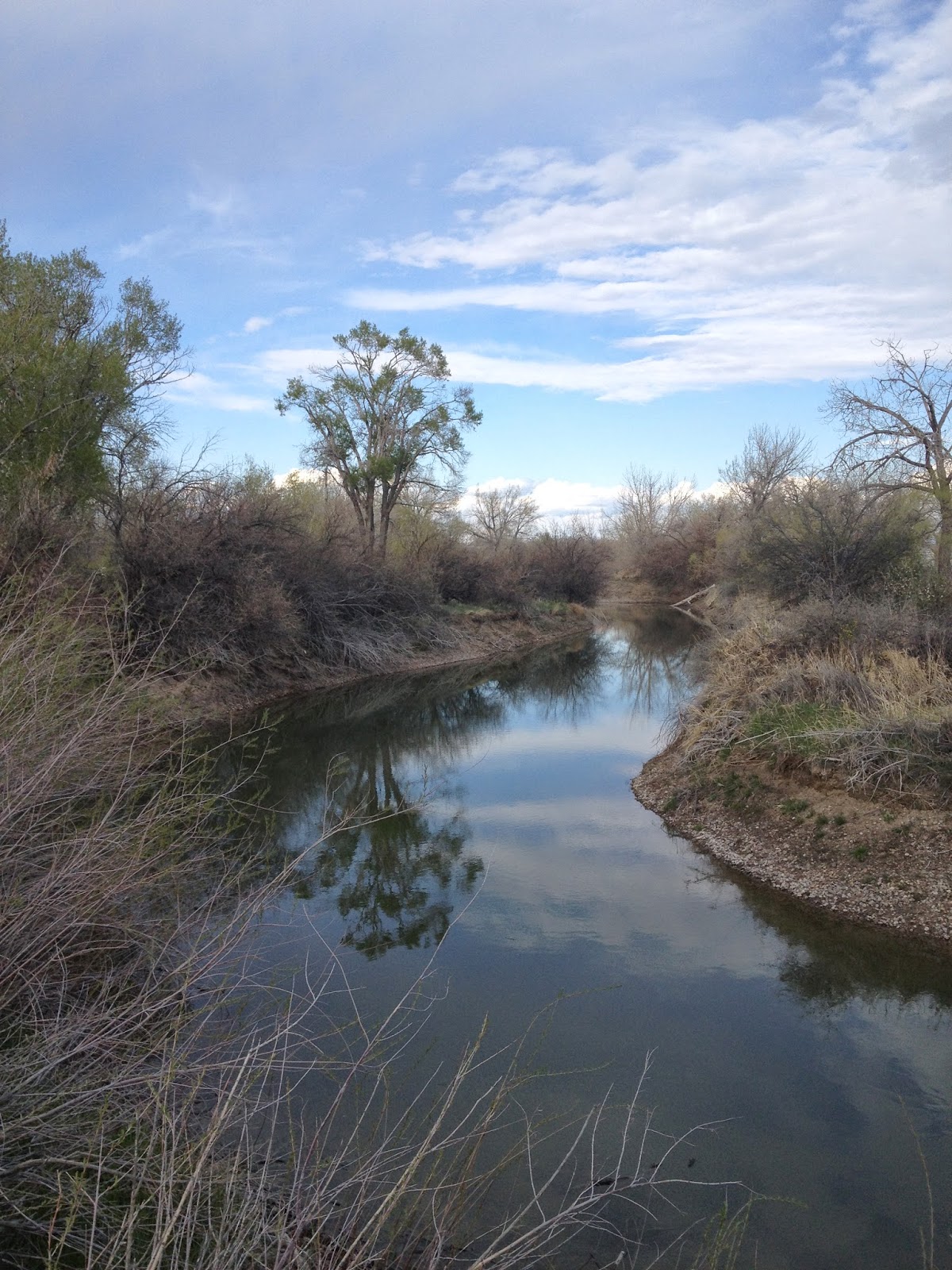 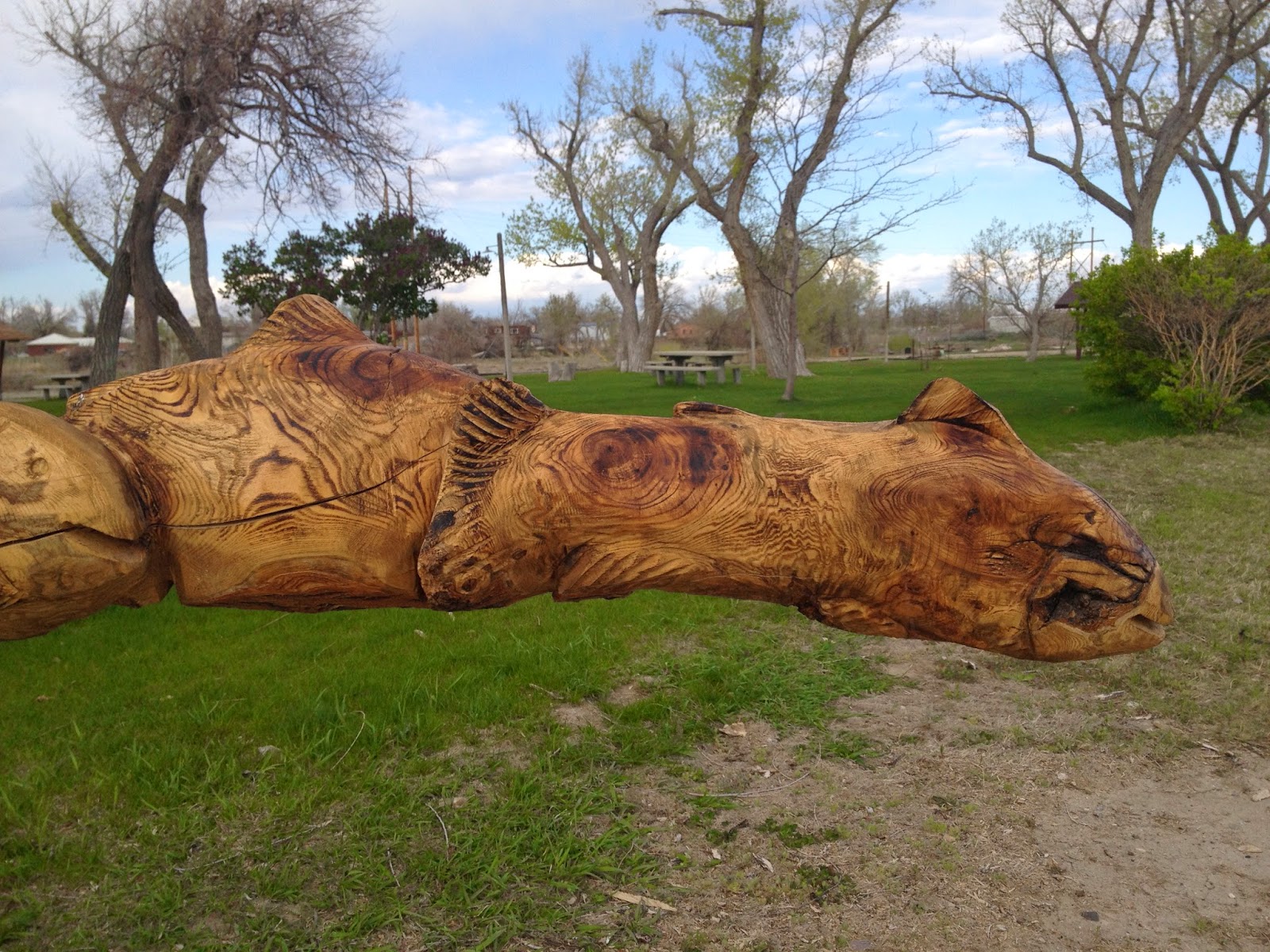 part of a dead tree carved into a fish design 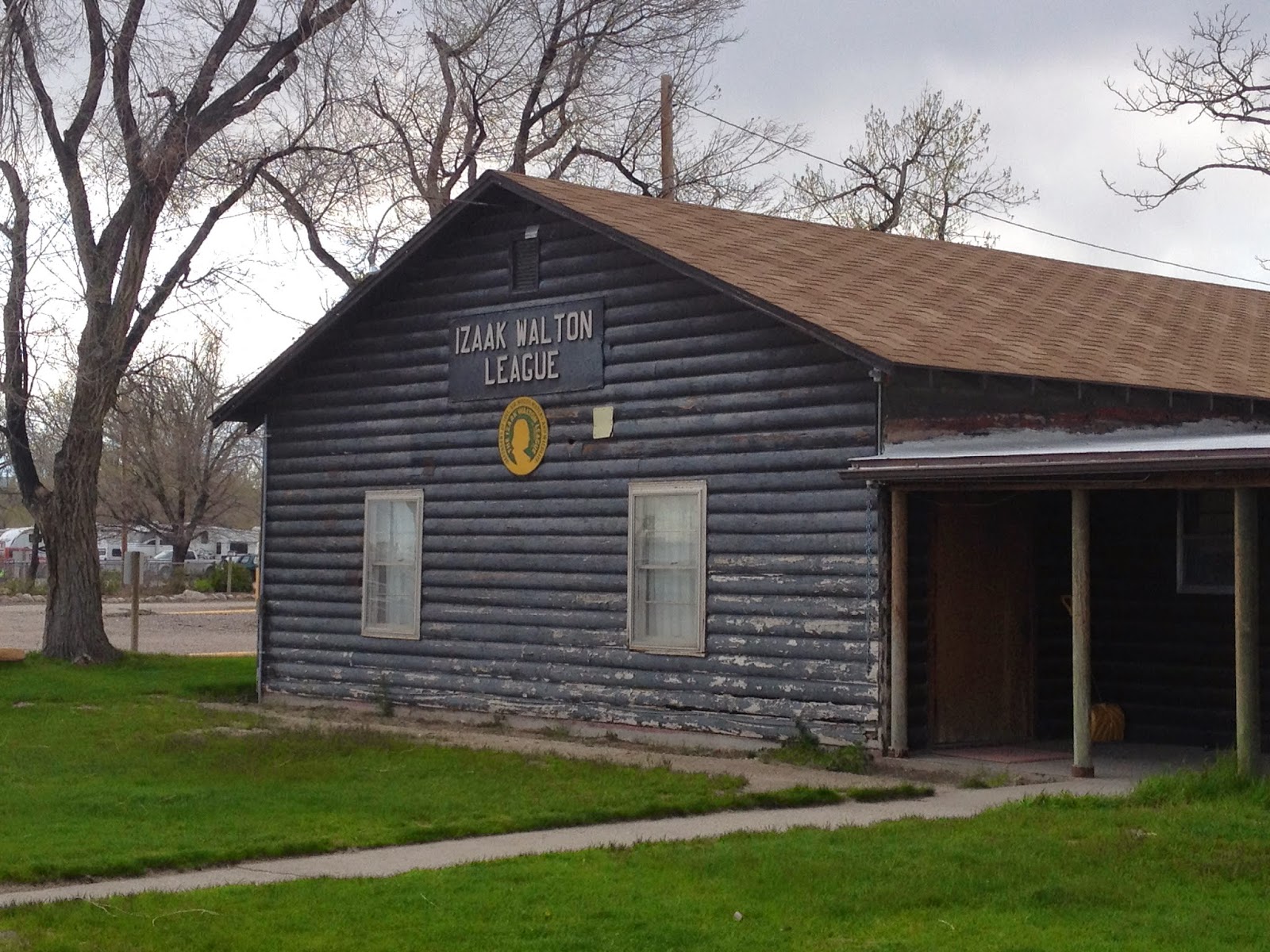 link to the Highway Travelers Guide to the
Oregon, California, Mormon Pioneer and Pony Express Trails across Wyoming