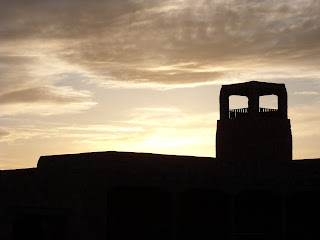 Not wanting to stay at the RV parks in town,
I decided to drive the extra miles
to check out Bottomless Lakes State Park.

At first I was thinking that it would be a waste of gas
to stay there for just one night while passing through town.
I would be driving southeast of Hwy 285 to get to the park,
going in the opposite direction of my route
and would have to backtrack in the morning to get back to Hwy 285.

To offset the extra fuel,
the rates at the State Park are less than the RV parks in town.
And the State Park is a nicer place to stay for a few days. 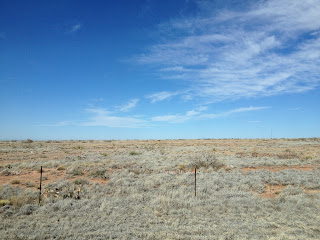 I did not have reservations and did not call to see if they had available sites.
I still had more than 2 hours of daylight,
so I decided to drive out to the park and hope for an RV site.
If none were available, I would go back to one of the "RV Resorts" in town. 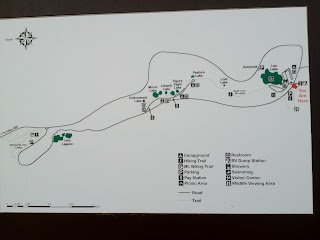 "Bottomless Lakes are a chain of eight lakes that are actually sinkholes that range from 17 to 90 feet deep.  They were formed when circulating water dissolved salt & gypsum deposits to form subterranean caverns. Eventually, the roofs of the caverns collapsed from their own weight. Sinkholes resulted & soon filled with water & formed the existing lakes.
Bottomless Lakes State Park is huge and the scenery and atmosphere are as quiet and serene as the Wildlife Refuge.  I lucked out and there were several sites still available, these are water and electric sites and are only $14 a night. I liked the park so much that I paid for 2 nights because it was getting late and I wanted more time to explore this park. New Mexico State Parks have an annual pass available, you will end up saving money if you stay at the parks more than 21 nights per year. 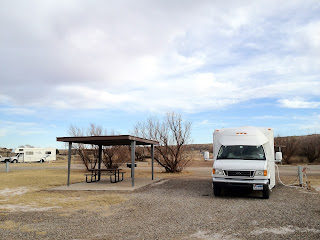 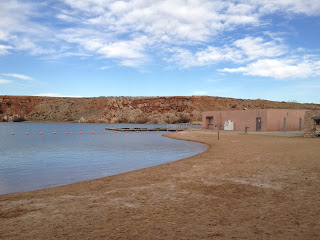 
Lea Lake Recreation Area, at the south end of the state park, has a beach and swimming area. Fishing is not allowed at Lea Lake.  Fishing is allowed at some of the other lakes in the park. During the summer months paddle boards and pedal boats are available for rent. The buildings surrounding the lake and beach are very nice. 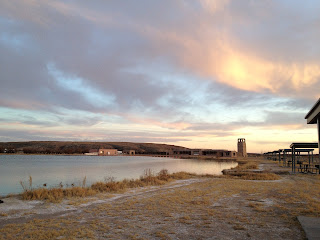 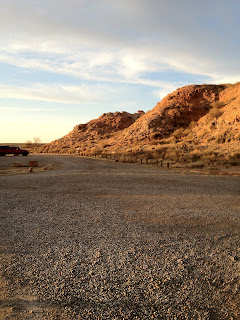 On Sunday evening, I walked around the lake to watch the sunset. 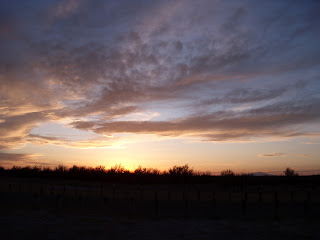 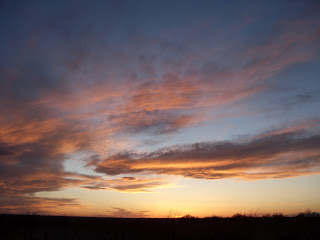 On Monday morning, I walked all around the very large day use area of the park and hiked along the Ridge Trail.  I enjoyed the warm afternoon sun at my site, reading and just taking in all of the surrounding scenery. 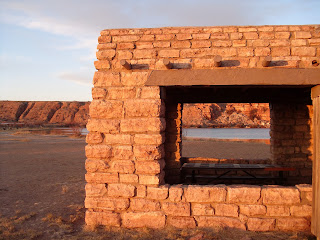 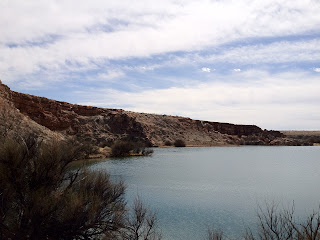 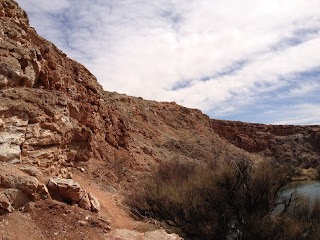 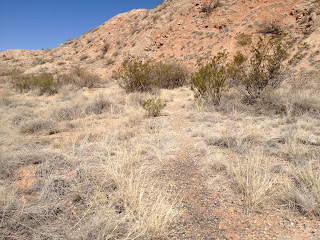 On Tuesday morning,
I continued my journey North along Highway 285 in New Mexico.
Posted by Teri at 5:38 PM