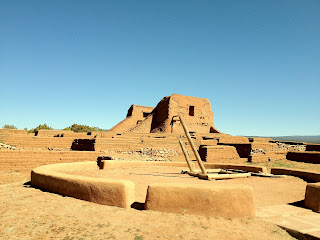 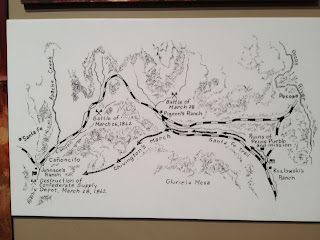 This National Monument was just a few miles
away from the Santa Fe KOA,
so I decided to stop by on my way to Colorado.


The park rangers loan you a plastic coated guide book
to take along on the self guided 1.5 mile walk.
The guide book has detailed information about each stop along the trail. 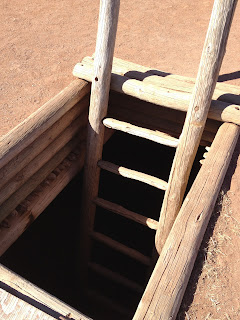 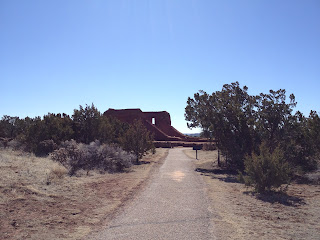 From September through May, rangers offer three guided tours each week to share insights into the rich crossroads of history and culture at Pecos National Historical Park.
Fridays-1:30 PM: Arrowhead Ruin-On this 90-minute ranger-led tour, see a 14th-century pueblo with 105 rooms and one kiva. The hike takes you off-trail through woodland in a higher altitude life zone than what you experience near the Visitor Center.

Saturdays-1:30 PM: Civil War in the West-Accompany a ranger on a two-hour van tour of locations relevant to the Battle of Glorieta Pass; you'll see Kozlowski's stage stop, Camp Lewis, Apache Canyon, Canoncito and Pigeon's Ranch, and learn about the fierce fighting that took place between Colorado and New Mexico Volunteers against the Texas Volunteers. 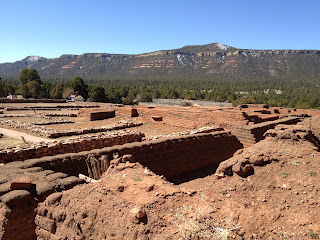